Each year the Rotary Club of Monash conducts for the schools in the City of Monash an Anzac Service which is supported by approximately 46 schools in the City. The Service is held at the Cenataph in the Central Reserve Glen Waverley and over past years approximately 650 students and teachers have attended each year. The Service is supported by the Waverley RSL Club Inc., the Waverley Secondary College Band and the City of Monash. The Anzac address in the past has been given by Colonel John Coulson OAM RFD ED.(Ret). The event has been conducted over the past 10 years and forms part of the local schools annual program. 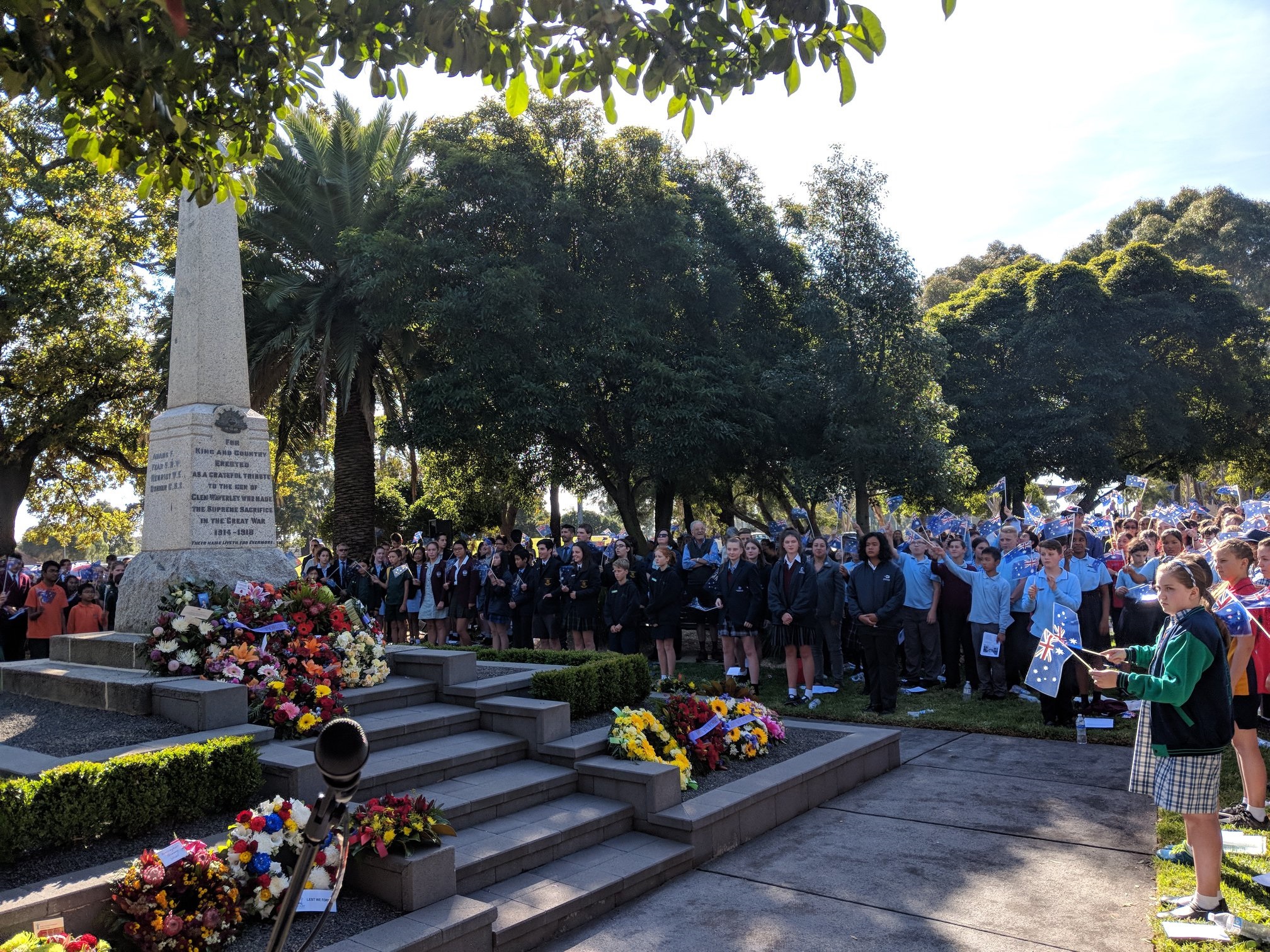